I was in Belgium for the Centenary of Passchendaele. A hundred years ago today my Great Uncle Thomas was also in Belgium. It was to be his last day on this earth. He died 31st July 1917, the first day of the 3rd Battle of Ypres.

In some ways he was fortunate as he was not one of the millions who went missing during World War One. He was not one of the many soldiers who are presumed dead but whose graves are unknown. Nor did he experience the complete horror of Passchendaele, one of the bloodiest wars in World War One, as he died only hours into the battle. However reading just a little about this battle, and having visited both his graveside and the area where he died it is obvious that what he did experience must have been truly horrid.

The 3rd Battle of Ypres continued until November 1917, and was as a controversial campaign in 1917 as it is today. The aim was to take control of the small ridges south and east of Ypres and thereby interrupt the German supply line, however a combination of horrendous weather, fierce resistance by the Germans and poor decision-making by the Allies led to a prolonged campaign and a colossal loss of life on both sides. By the end of this battle, around 500,000 soldiers across both sides were wounded, killed or missing. Those who survived described it as hell. 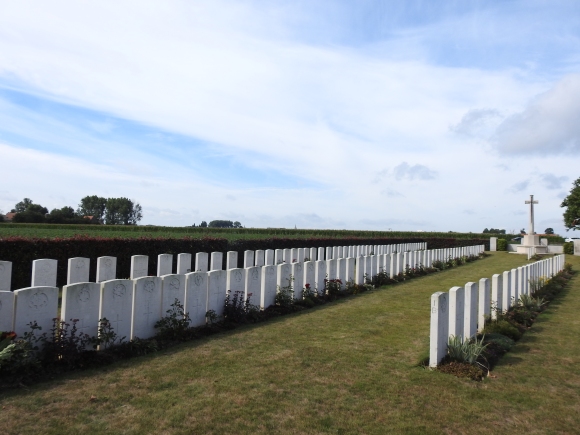 We visited a few other cemeteries over our few days in Belgium including Tyne Cot on the edge of the village of Passchendaele where 12,000 men are buried and another 34,000 who have no grave are remembered. We attended the last post at Menin Gate, walked around Ypres and visited other stretches of what was once the Western Front. Over the next few weeks I’ll share more on our travels and reflections,  as well as a look at the amazing man – Sir Fabian Ware  – who ensured proper care of war graves. For now though just a few photographs as I remember last week and remember the dead. 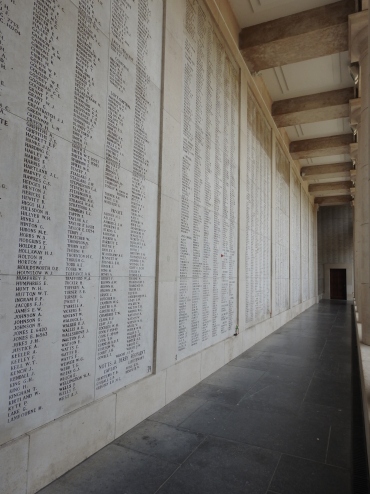